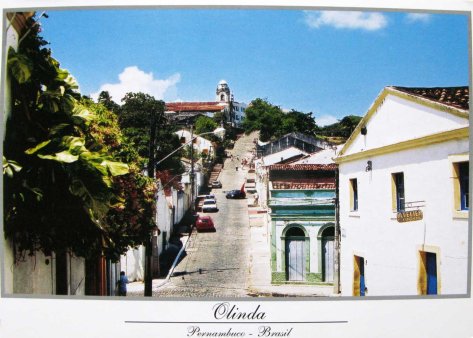 Founded in the 16th century by the Portuguese, the town’s history is linked to the sugar-cane industry. Rebuilt after being looted by the Dutch, its basic urban fabric dates from the 18th century. The harmonious balance between the buildings, gardens, 20 Baroque churches, convents and numerous small passos (chapels) all contribute to Olinda’s particular charm.
http://whc.unesco.org

From Piaui, BrazilTravel from Mar 7 to April 15Thanks Rafael !

No.44 ( My Unesco World Heritage Site)

The lion (Panthera leo) is one of the four big cats in the genus Panthera and a member of the family Felidae. With some males exceeding 250 kg (550 lb) in weight, it is the second-largest living cat after the tiger. Wild lions currently exist in sub-Saharan Africa and in Asia (where an endangered remnant population resides in Gir Forest National Park in India) while other types of lions have disappeared from North Africa and Southwest Asia in historic times. Until the late Pleistocene, about 10,000 years ago, the lion was the most widespread large land mammal after humans.
From Wikipedia, the free encyclopedia.

From Eastern Cape, South AfricaTravel from April 1 to April 15Thanks Mr Ernie !

Hawaiʻi is said to have been named for Hawaiʻiloa, the legendary Polynesian navigator who first discovered it. Other accounts attribute the name to the legendary realm of Hawaiki, a place from which the Polynesian people are said to have originated (see also Manua), the place where they go in the afterlife, the realm of the gods and goddesses. Captain James Cook, the English explorer and navigator who discovered the Hawaiian Islands called them the “Sandwich Islands” and was killed on the Big Island at Kealakekua Bay following the theft of a ship’s boat.
From Wikipedia, the free encyclopedia

From USATravel from Mar 27 to April 8Thanks Denise !

Estonia is a state in the Baltic region of Northern Europe. It is bordered to the north by the Gulf of Finland, to the west by the Baltic Sea, to the south by Latvia (343 km), and to the east by Lake Peipus and Russia (338.6 km). Across the Baltic Sea lies Sweden in the west and Finland in the north. The territory of Estonia covers 45,227 km2 (17,462 sq mi), and is influenced by a humid continental climate. The Estonians are a Finnic people, and the official language, Estonian, is a Finno-Ugric language closely related to Finnish, and distantly to Hungarian and to the Sami languages

From Wikipedia, the free encyclopedia. 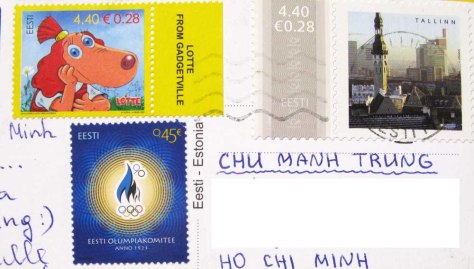 From EstoniaTravel from Mar 27 to April 8Thanks Zoja ! 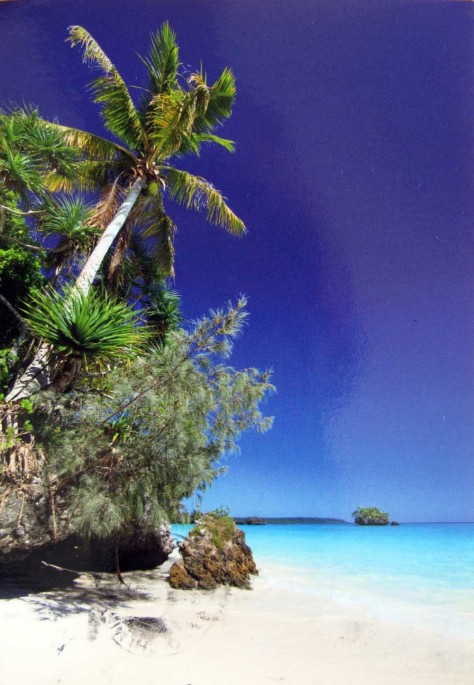 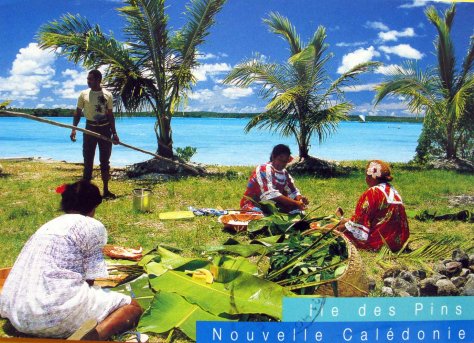 Pacific Islanders are renowned for their huge feasts, cannibalism and extremely large people. Dalo roots, cows, pigs and vegetable leaves are piled high over heat retaining black rocks and covered with banana leaves, old mats and finally a good layer of earth. The food cooks slowly in this underground oven and can feed an entire village.
http://www.beautifulpacific.com/ 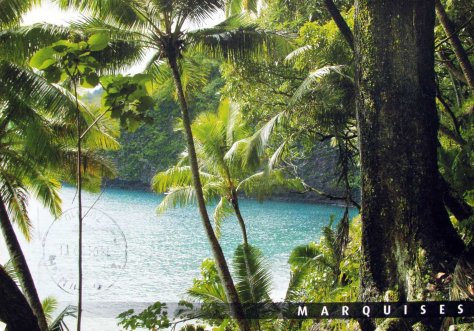 From  French PolynesiaTravel from April 3 to April 14Thanks Sarah ! 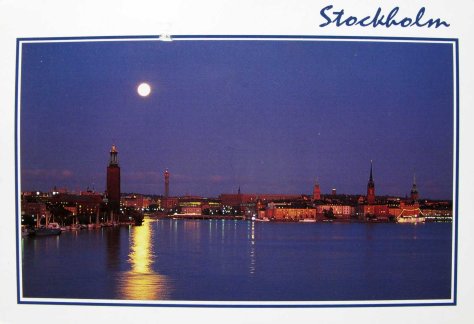 Stockholm is located on Sweden’s south-central east coast, where the freshwater Lake Mälaren – Sweden’s third largest lake – flows out into the Baltic Sea. The central parts of the city consist of fourteen islands that are continuous with the Stockholm archipelago. The geographical city centre is situated on the water, in Riddarfjärden bay. Over 30% of the city area is made up of waterways and another 30% is made up of parks and green spaces.
From Wikipedia, the free encyclopedia.

From  SwedenTravel from April 7 to April 14Thanks Walter! 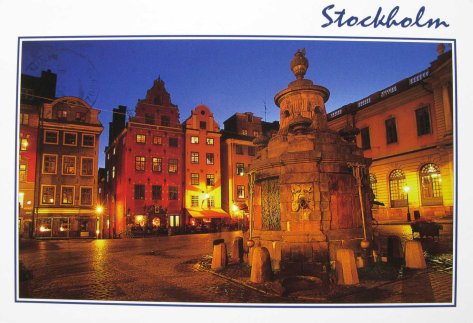 Galle Lighthouse is an offshore Lighthouse in Galle, Sri Lanka and is operated and maintained by the Sri Lanka Ports Authority. This is Sri Lanka’s oldest light station dating back to 1848, but the original lighthouse was destroyed by fire in 1934. The light station is within the walls of the ancient Galle fort, a UNESCO world heritage site and well known tourist attraction, making this the country’s most often visited lighthouse.
From Wikipedia, the free encyclopedia.

No.43 ( My Unesco World Heritage Site)

The mountain is located in the southern reaches of the Central Highlands, in the Ratnapura district of the Sabaragamuwa Province—lying about 40 km northeast of the city of Ratnapura. The surrounding region is largely forested hills, with no mountain of comparable size nearby. The region along the mountain is a wildlife reserve, housing many species varying from elephants to leopards, and including many endemic species.
Adam’s Peak is important as a watershed. The districts to the south and the east of Adam’s Peak yield precious stones—emeralds, rubies and sapphires, for which the island has been famous, and which earned for its ancient name of Ratnadvipa.
From Wikipedia, the free encyclopedia. 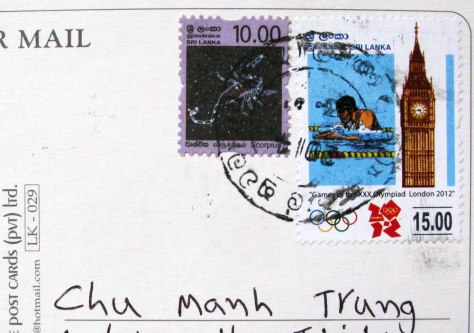 The African Fish Eagle feeds mainly on fish, which it will swoop down upon from a perch in a tree, snatching the prey from the water with its large clawed talons. The eagle will then fly back to its perch to eat its catch.
Like other sea eagles, the African Fish Eagle has structures on its toes called spiricules that allows it to grasp fish and other slippery prey. The Osprey, a winter visitor to Africa, also has this adaptation. Should the African Fish Eagle catch a fish over 1.8 kg (4 pounds) it will be too heavy to allow the eagle to get lift, so it will instead drag the fish across the surface of the water until it reaches the shore. If it catches a fish that is too heavy to even allow the eagle to sustain flight, it will drop into the water and paddle to the nearest shore with its wings. The African Fish Eagle is known to peculate other bird species (such as Goliath Herons) of their catch. This behaviour is known as kleptoparasitism. It will also feed on waterfowl such as ducks, small turtles and terrapins, baby crocodiles, Greater Flamingos and Lesser Flamingos, lizards such as Nile Monitors, frogs and carrion. Occasionally, it may even carry off mammalian prey, such as hyraxes and monkeys. It has also been observed feeding on domestic fowl (chickens).
From Wikipedia, the free encyclopedia. 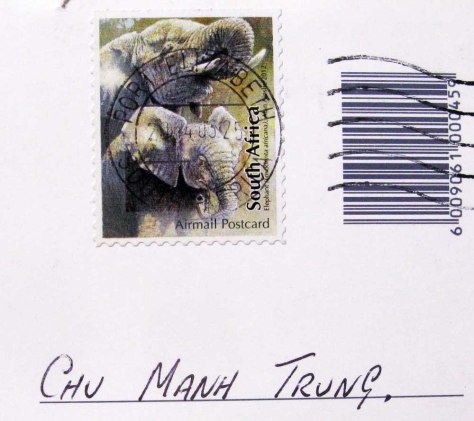 From Eastern Cape, South AfricaTravel from Mar 25 to April 7Thanks Mr Ernie !