From  DOMINICAN REPUBLIC
Travel from Dec 11 to Jan 22
Thanks Carlos ! 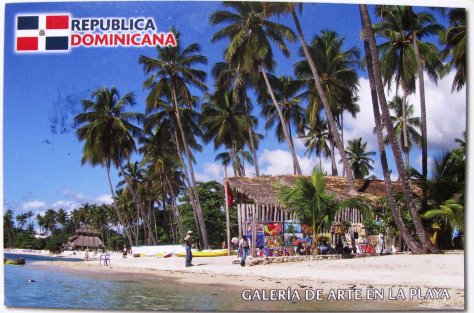 Juan Dolio is a small seaside community and tourist destination in the province of San Pedro de Macoris on the southern coast of the Dominican Republic on the island of Hispaniola. Juan Dolio has 2,488 inhabitants (2010 ) and belongs to the district municipality Guayacanes.
From Wikipedia, the free encyclopedia.

From Dominican Republic
Travel from ? (not clear) to June 12
Thanks Carmina ! 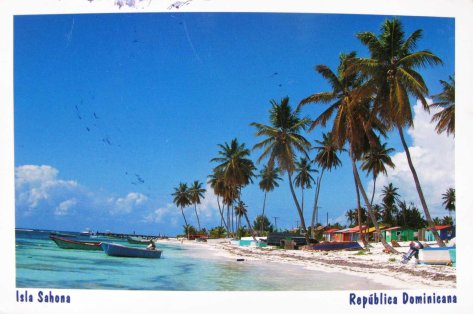 Saona Island (in Spanish Isla Saona) is a tropical island located a short distance from the mainland on the south-east tip of the Dominican Republic. It is a government protected nature reserve and is part of East National Park. It is a popular destination for tourists from all over the Dominican Republic, who arrive in fleets of catamarans and small motorboats on organized excursions every day. The Island is famous for the natural beauty of its beaches, and has been used on many occasions by film-makers and advertisers looking for a stereotypical “desert island” setting for their film or product. It is promoted amongst European visitors as the setting for the famous Bounty chocolate bar adverts.
From Wikipedia, the free encyclopedia.

From Dominican Republic
Travel from ? (not clear) to June 12
Thanks Carmina ! 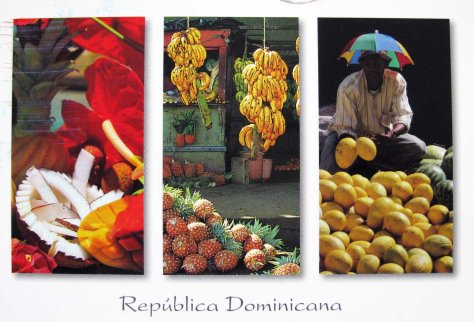 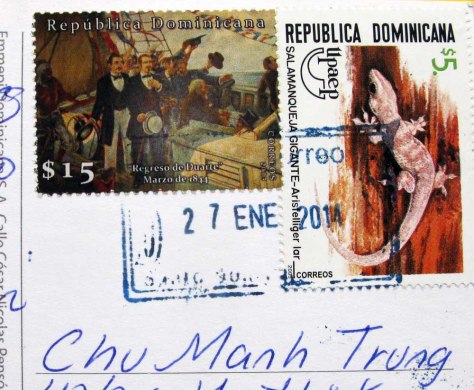 Dominican Carnival is celebrated in most cities and towns in the Dominican Republic. It is celebrated in the main streets of each town during the month of February. One of the main characteristics of this Carnival are its flashy costumes and the loud music played during the celebration. Some of the most known parades of this country is the one held in La Vega, which is one of the biggest in the country, and the National Parade held in Santo Domingo. It was here where the first Carnival of the Americas was held, and it is also one of the biggest in the region.
One of the most international parades in the Dominican Republic is the one in San Pedro de Macorís that exhibits the “Guloyas”, which are considered cultural heritage of the world. This parade consists of groups of people dressed in costumes dancing around the street of San Pedro de Macoris. The main attraction apart from the colorful costumes is the people running away from the “Diablos Cojuelos” which try to hit people with “Vejigas”. 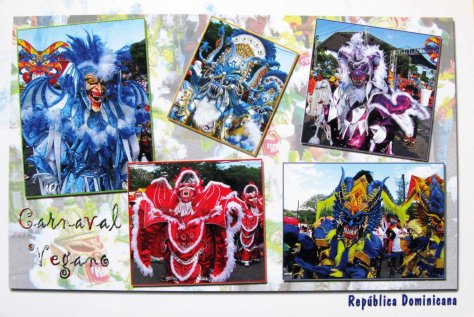