Kilchurn Castle was built in about 1450 by Sir Colin Campbell, first Lord of Glenorchy, as a five storey tower house with a courtyard defended by an outer wall. By about 1500 an additional range and a hall had been added to the south side of the castle. Further buildings went up during the 16th and 17th centuries. Kilchurn was on a small island in Loch Awe scarcely larger than the castle itself, although it is now connected to the mainland as the water level was altered in 1817. The castle would have been accessed via an underwater or low lying causeway.
From Wikipedia, the free encyclopedia.

The Medieval Castle in the Valentino Park. This complex, with its many-towered castle, drawbridge, porticoed houses, narrow streets and lively artisan shops was built for the 1884 International Exhibition of Turin. It is a faithful replica of a 15th Century Piedmontese Village. Nothing was invented but all was organically put together as the tesseras of a mosaic.
http://www.comune.torino.it 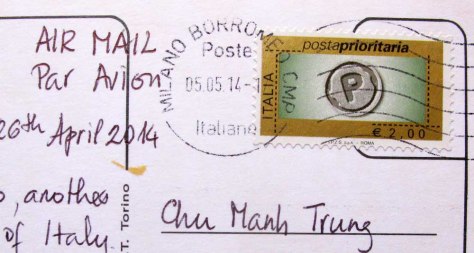 From Milan, ItalyTravel from May 5 to May 13Thanks Zana !

Wartburg Castle blends superbly into its forest surroundings and is in many ways ‘the ideal castle’. Although it has retained some original sections from the feudal period, the form it acquired during the 19th-century reconstitution gives a good idea of what this fortress might have been at the height of its military and seigneurial power. It was during his exile at Wartburg Castle that Martin Luther translated the New Testament into German. http://whc.unesco.org

From GermanyTravel from April 8 to April 16Thanks Regina !

No.49 ( My Unesco World Heritage Site)