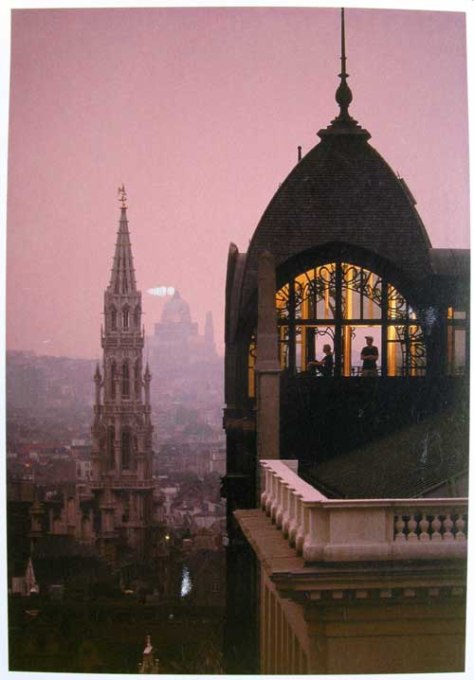 The museum’s current location, as of 2000, is in the former Old England department store, built in 1899 by Paul Saintenoy out of girded steel and glass in the art nouveau style as well as an 18th-century neo-classic building designed by Barnabé Guimard.

Goroka Show – September
Picture 40,000 painted warriors dancing to the rhythmic thud of the Kundu drums and you have just one of the highlights of the The Goroka Show in the Eastern Highlands province. One of the biggest in Papua New Guinea, this popular festival can attract up to 140,000 people from more than 80 tribes around the country. Wearing colourful traditional dress, including face and body paint, feathers, shells and masks, tribes gather at Goroka for a weekend of music, dancing and tribal displays. For two days and two nights, the sound of drums resounds throughout the hills as tribespeople perform traditional dances, their bodies painted in oil and pig grease. There is also an agricultural fair and a Miss Goroka Show beauty pageant.
from http://www.jasons.com/

Castellers de Barcelona is a team of castellers from Barcelona founded in 1969. It is the first team to be founded outside the traditional area of human towers and the 5th team ever founded. Their first public display was the 8th of June 1969 in Vendrell. Their shirt is red and their most important appointment is the closest Sunday to Dia de la Mercè (24th of September), in Plaça Sant Jaume.
From Wikipedia, the free encyclopedia. 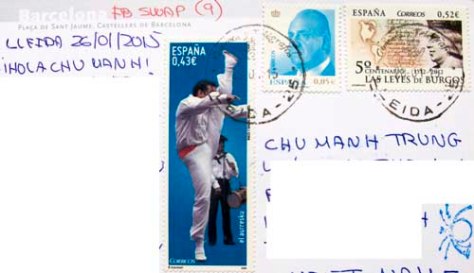 From Spain
Travel from April 30 to May 27
Thanks Montserrat !

Chamonix-Mont-Blanc, more commonly known simply as Chamonix (formerly also spelled Chamounix), is a commune in the Haute-Savoie département in the Rhône-Alpes region in south-eastern France. It was the site of the first Winter Olympics in 1924. The commune’s population of around 9,800 ranks 865th within the country of France
From Wikipedia, the free encyclopedia.

From France
Travel from Jan 26 to Feb 02
Merci Beaucoup Ulla !

San Sebastián is a coastal city and municipality located in the Basque Autonomous Community, Spain. It lies on the coast of the Bay of Biscay, 20 km (12 miles) from the French border. Capital city of Gipuzkoa, the municipality’s population is 186,409 (2012), with its metropolitan area reaching 436,500 (2010). Locals call themselves donostiarra (singular), both in Spanish and Basque.
The main economic activities are commerce and tourism, and it is one of the most famous tourist destinations in Spain. Despite the city’s small size, events such as the San Sebastián International Film Festival have given it an international dimension. San Sebastián, along with Wrocław, Poland, will be the European Capital of Culture in 2016.
From Wikipedia, the free encyclopedia.

From Spain
Travel from Jan 08 to Feb 09
Thanks Conchi ! 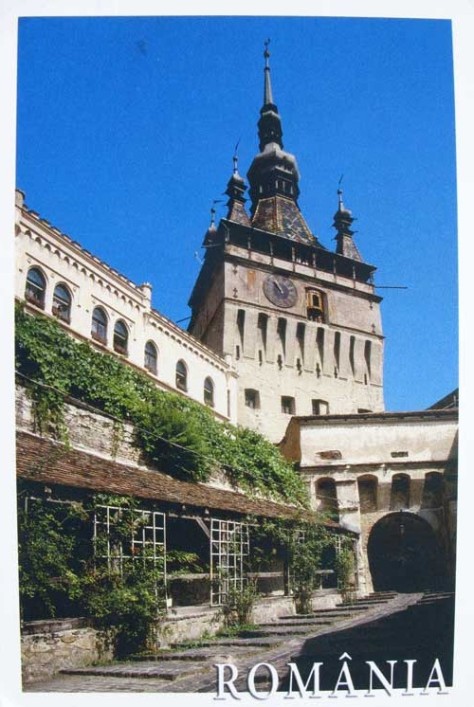 Located in the eastern part of the Sighişoara Citadel, the Clock Tower was built to protect the main gate of the citadel, to host the City Council meetings, and for keeping the archives and treasures of Sighişoara.
Built in the 14th century, the tower has a double barbican to control access into the city, ramparts, watch road and shooting galleries, and four towers that symbolized (as the architectural effigy of the entire community) that the city had judicial autonomy, the famous jus gladii – the right to capital punishment. The construction is based on a rectangular prism, with five levels and a pyramidal roof balcony, and had a height of 64 m. 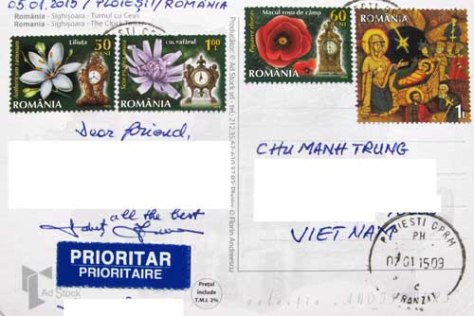 From Romania
Travel from Jan 05 to Jan 30
Thanks Danut ! 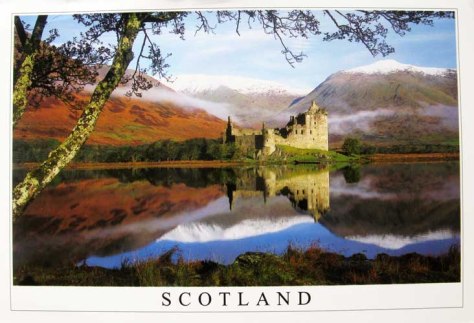 Kilchurn Castle was built in about 1450 by Sir Colin Campbell, first Lord of Glenorchy, as a five storey tower house with a courtyard defended by an outer wall. By about 1500 an additional range and a hall had been added to the south side of the castle. Further buildings went up during the 16th and 17th centuries. Kilchurn was on a small island in Loch Awe scarcely larger than the castle itself, although it is now connected to the mainland as the water level was altered in 1817. The castle would have been accessed via an underwater or low lying causeway.
From Wikipedia, the free encyclopedia.

Scotland is a country that is part of the United Kingdom and covers the northern third of the island of Great Britain. It shares a border with England to the south, and is otherwise surrounded by the Atlantic Ocean, with the North Sea to the east and the North Channel and Irish Sea to the south-west. In addition to the mainland, the country is made up of more than 790 islands, including the Northern Isles and the Hebrides.
From Wikipedia, the free encyclopedia.

Construction workers take a break while working on the RCA Building at Rockefeller Center on September 20, 1932.

You may know it as 30 Rock, by its original name, the RCA Building, or as “the Slab,” a reference to its limestone base. At 850 feet and 70 stories, the skyscraper that’s been officially known as the GE Building since 1988 is the thirteenth tallest in New York, and it still serves as the headquarters for NBC, one of the original tenants. This centerpiece of Rockefeller Center was completed in 1933, and its sleek Art Deco form has been one of the gems of the city’s skyline ever since. As imposing as the building is to look at from the plaza below, what’s even more fabulous is the view from the top, where the tri-level Top of the Rock attraction offers a peerless 360-degree vista of New York. It’s not allpretty views, however, there’s a lot of history behind this famous building and more than a few secrets lurk about.
http://www.newyork.com/ 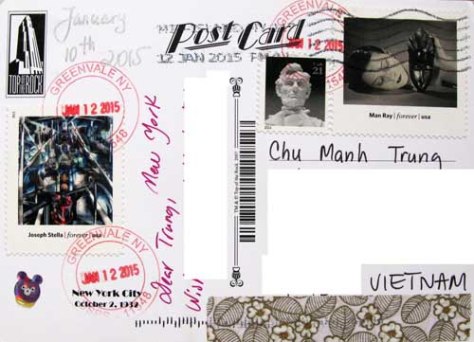 From New York
Travel from Jan 12 to Jan 19
Thanks Denise !

Rockefeller Center was named after John D. Rockefeller, Jr., who leased the space from Columbia University in 1928 and developed it beginning in 1930. Rockefeller initially planned a syndicate to build an opera house for the Metropolitan Opera on the site, but changed plans after the stock market crash of 1929 and the Metropolitan’s continual delays to hold out for a more favorable lease, causing Rockefeller to move forward without them. Rockefeller stated, “It was clear that there were only two courses open to me. One was to abandon the entire development. The other to go forward with it in the definite knowledge that I myself would have to build it and finance it alone.” He took on the enormous project as the sole financier, on a 27-year lease (with the option for three 21-year renewals for a total of 87 years) for the site from Columbia; negotiating a line of credit with the Metropolitan Life Insurance Company and covering ongoing expenses through the sale of oil company stock. The initial cost of acquiring the space, razing some of the existing buildings and constructing new buildings was estimated at $250 million.
From Wikipedia, the free encyclopedia.

From New York
Travel from Jan 12 to Jan 29
Thanks Denise !

A canal house (Dutch: grachtenpand) is a (usually old) house overseeing a canal. These houses are often slim, high and deep. Because of the danger of flooding the front door is sometimes higher up and only reachable via stairs. The floor of the main storey lies about seven to nine steps above street level. Many stoops disappeared in the 19th century when entrances were moved to the basement.
Canal houses usually had a basement and a loft and attic where trade goods could be stored. A special beam or pulley installation would be located in the attic to hoist up valuable goods, like spices, cotton, or heavier stuff like cocoa. The pulleys are still used for moving furniture.
From Wikipedia, the free encyclopedia.

From Nederlands
Travel from Jan 13 to Jan 29
Thanks Bouke !